People often ask me where they should go, but this weekend I spent considerable time thinking about how we might go.

My friends, George and Phil, invited me to take a sunset dune tour on Saturday. I’ve never taken one before — which feels like a surprise on the one hand, but totally consistent with my ‘brand’ on the other. I’m often a solitary walker and, no surprise, I’m not particularly linear or good at staying on a single path. The terrain that the dune tour covered was familiar to me, but it’s an entirely different experience to cover all that terrain in a relatively quick time. As much as I enjoyed it, I think I prefer exploring on foot because the speed of my gait allows me to see more, to stop, and to ponder. That said, driving parallel to the ocean’s edge at a bit of a clip is extraordinary in its own right. I completely recommend the tour.

Dave from Art’s Dune Tours was our guide. He was terrific — with great stories and a deep love and appreciation of the landscape. Because it was the last day of the dune tour season and because it was a sunset tour on Halloween weekend, George, Phil and I were the only three who joined Dave for the tour. There was something bittersweet in knowing we were the last (or nearly last) tour until spring — but it also somehow felt like an important marker of the year for me. It was also nice to feel like it was a ‘private’ tour.

One benefit of the tour over hiking is that we followed the old dune road. While anyone can hike that road, it’s actually among the worst walking paths in the dunes — composed of essentially loose sand (which is tedious to walk on). There were some vistas on the drive that I’d never really seen. And the sweep of the tour, from the Truro town line to Race Point allowed me to take inventory of the places I want to hike this fall and winter.

There’s also something luxurious about being out at Race Point Light for sunset without the anxiety of hiking back through the moors in the dark. While we were hardly alone at Race Point Light — there were a number of other Jeeps and trucks on the beach — there was a sense of real disconnection from the bustle of town and a sense that we were in another place. Now, of course, I’m obsessed with renting a few nights in the lighthouse keeper’s house.

Driving on the beach always strikes me as a bit kooky, but it was one of two ‘cultural uses’ of the National Seashore that Cape Codders fought for (and continue to fight for) with the Park Service. Today the tradition is curtailed significantly by knowledge of the environmental damage it causes and the needs of shorebirds that are threatened by overuse of the Outer Beaches. Art’s Dune Tours — which is thoughtful about the environmental issues — is a way to experience this tradition without triggering more ecological chaos. 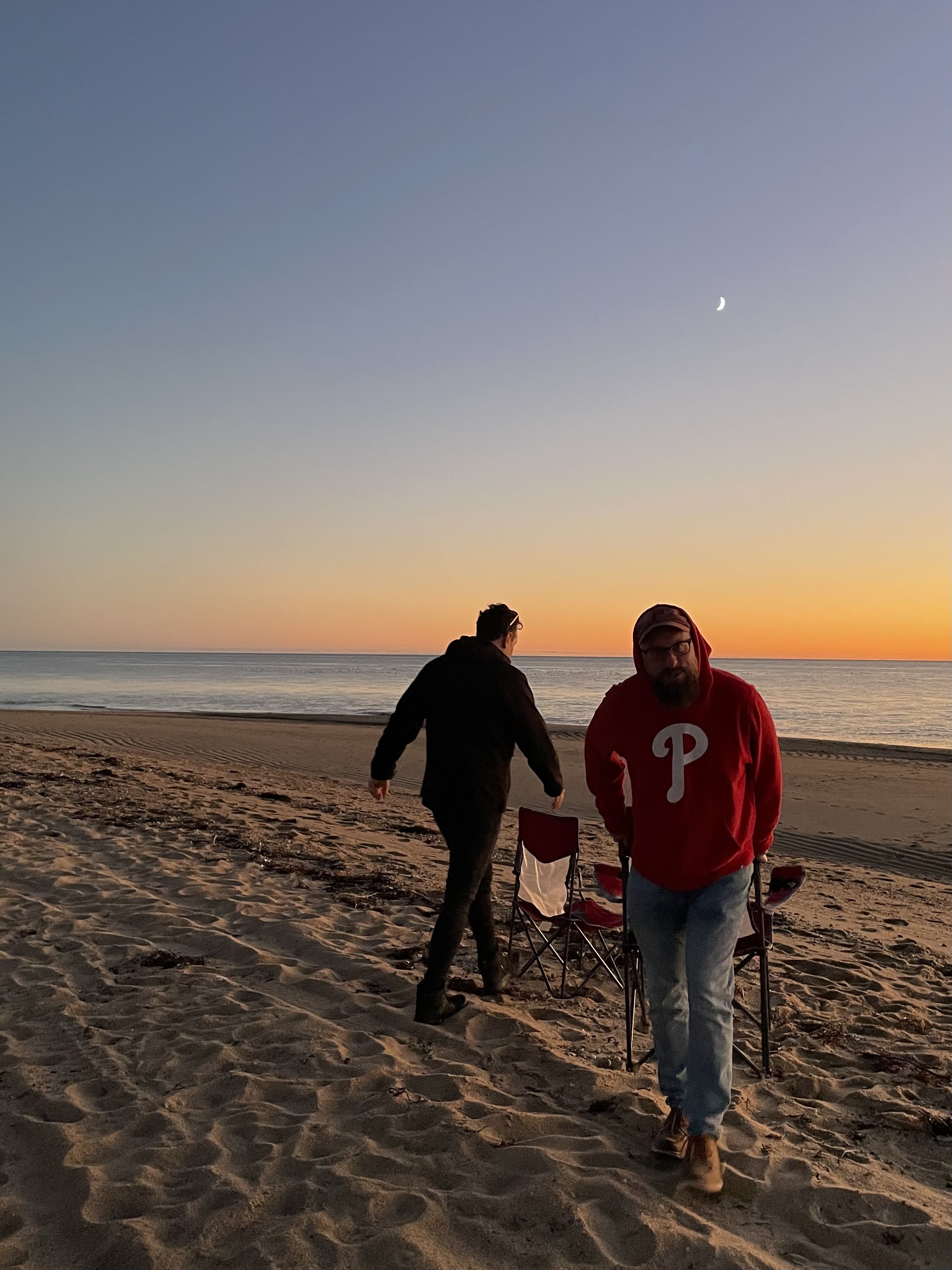 The other ‘cultural use’ of the Seashore that’s been fought to preserve is the dune shacks. The Dune Tour is a way to get a glimpse of them without disturbing dune shack denizens — and frankly without further beating up the dune shack trail from Snail Road. The pandemic released hordes of hikers on that trail, which is now much worse for wear. I suppose that’s an important side note: walking isn’t an unqualified ecological good.

The tour also allowed me to experiment with my new DSLR camera. I have a lot to learn. And by comparison, I continue to marvel at the quality of image I can cajole out of my iPhone!