This is going to be a page I update on a running basis. It’s focused on common plants I encounter — with short descriptions and links to resources. New entries will be at the top.

There are two kinds of bittersweet: a North American variety (Celastrus scandens) and an invasive variety from Asia (Celastrus orbiculatus), imported in the 1860s. This is the invasive.

Virginia Creeper (Parthenocissus quinquefolia) feels like it should be an invasive species, but it’s native to the Eastern US. It’s in the grape family, Vitaceae. It produces spectacular color –crimson leaves and blue berries –in the fall. 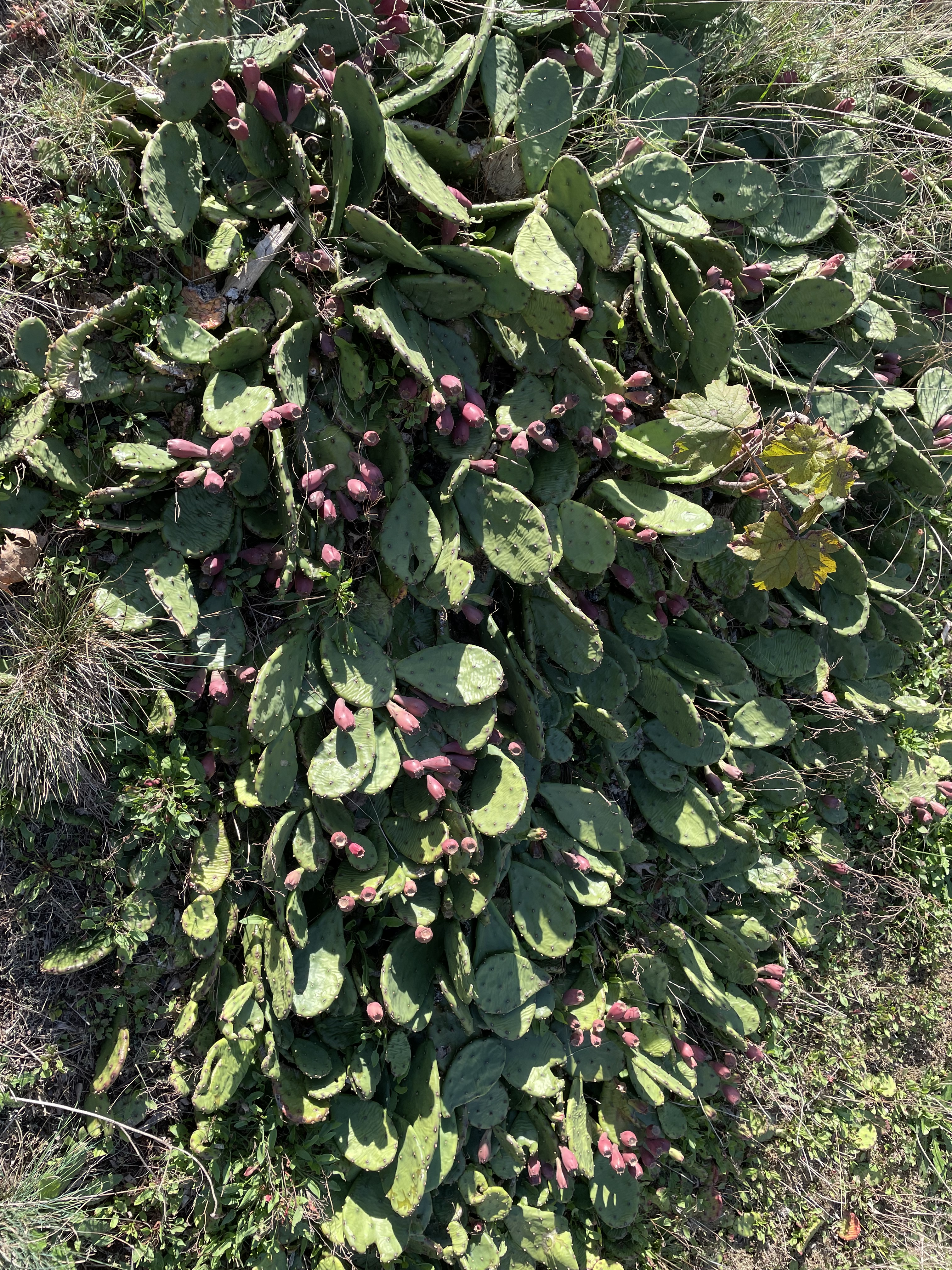 This one always surprises me. Opuntia humifusa is commonly known as the devil’s-tongue, Eastern prickly pear or Indian fig. It’s a cactus native to eastern parts of North America and which thrives on Cape Cod. It’s native to adjacent counties and was probably introduced to Cape Cod, perhaps by indigenous people. 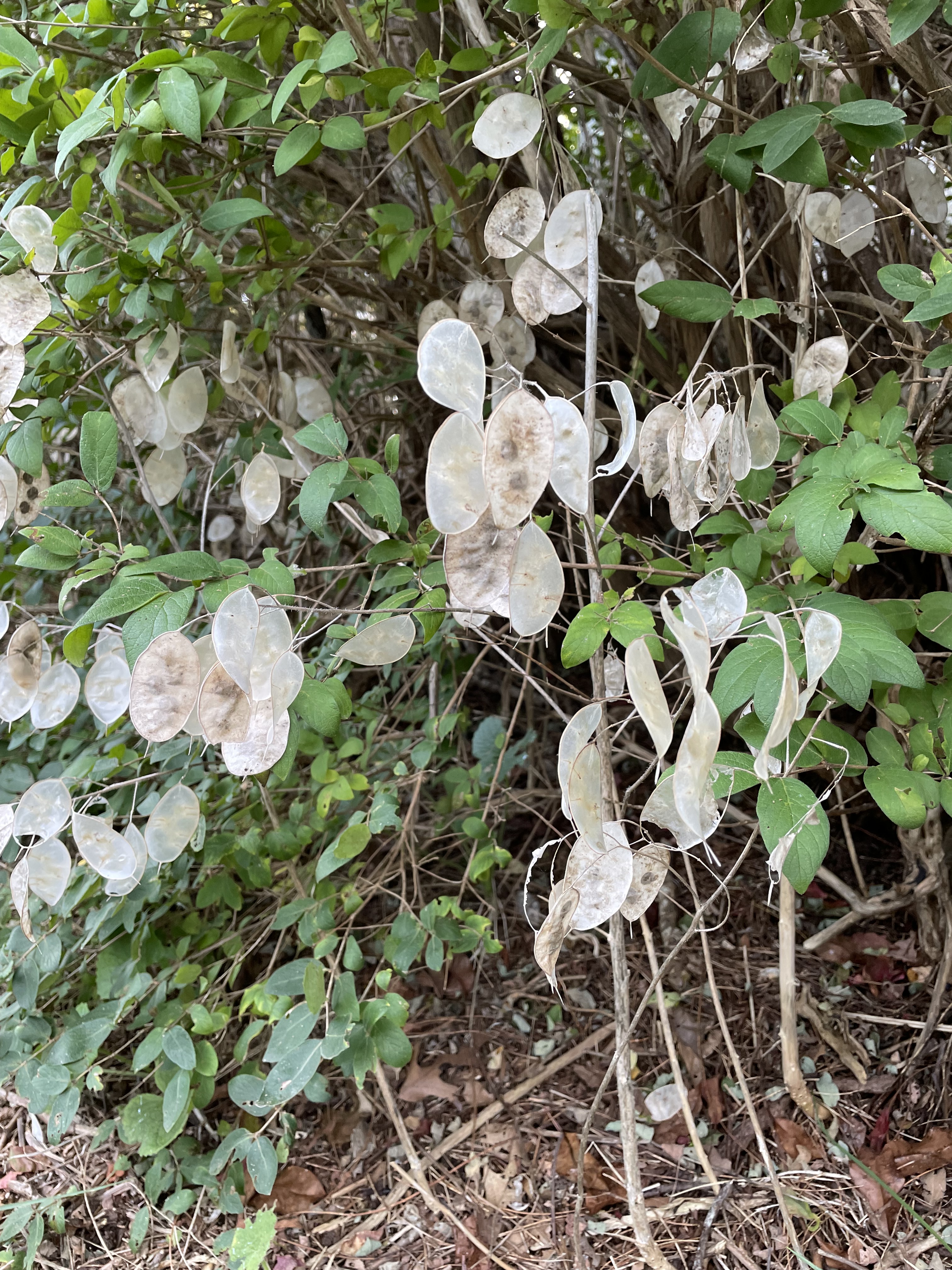 Commonly referred to as Silver Dollar Plant (Lunaria Annua), with bright pink flowers in the spring and translucent seed disks in the fall, it’s a showstopper throughout the garden season. It’s native to Europe and Asia and is a member of the Brassicaceae family. So basically it’s a cousin of broccoli. 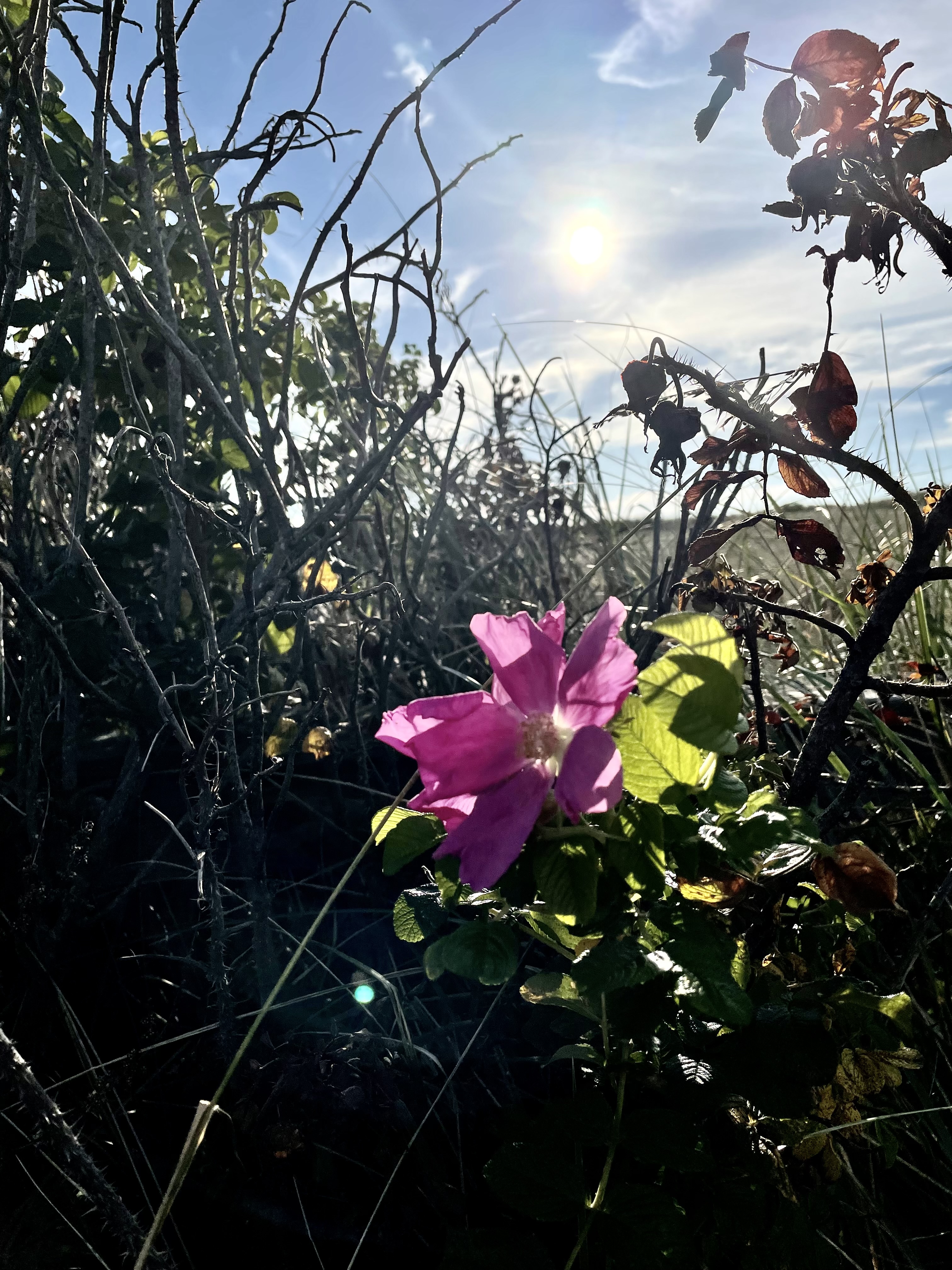 Native to Asia, legend has it that Rosa Rugosa arrived on Cape Cod in 1849 aboard the ship Franklin, wrecked off Nauset Beach. As the story goes, it made it ashore and naturalized. It had some human help. In the later 19th century, it was used as part of one of the first efforts to stabilize the shifting sand dunes. It’s salt resistant and has a root system that tolerates sand. The hips are edible, and ideal for rosehip jam.

A more reliable account states that it was introduced in North America in 1845, and the first documented case of it naturalizing was on Nantucket. I prefer the washashore legend.